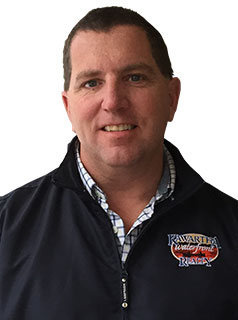 He has acquired extensive knowledge of the Kawartha Lakes region and the intricacies of purchasing waterfront real estate. The majority of Mason’s sales in 2016 were Kawartha Waterfront Realtys’ listings. He takes the time to thoroughly know the KWR listing inventory, and he has a lengthy list of qualified buyers through many years of working with buyers in the Kawartha Lakes and the Greater Toronto Area.

Mason holds a Bachelor of Science degree from the University of Western Ontario where he was a key member of the Vanier Cup Championship football team in 1989. His interest in sports has carried on beyond his non-playing days as a coach and leader. He has been actively involved with his two teenaged daughters on their competitive hockey and lacrosse teams as a coach and general manager.

Mason is looking forward to working with the Kawartha Waterfront Realty Team to help buyers find their dream waterfront home or cottage in 2017.