Thinking of buying on Davis Lake? Our guide to Davis Lake real estate below will help you decide if this is the lake for you! If it is, we would be happy to send you any new listings that come up. Just click here. We promise not to hassle you! 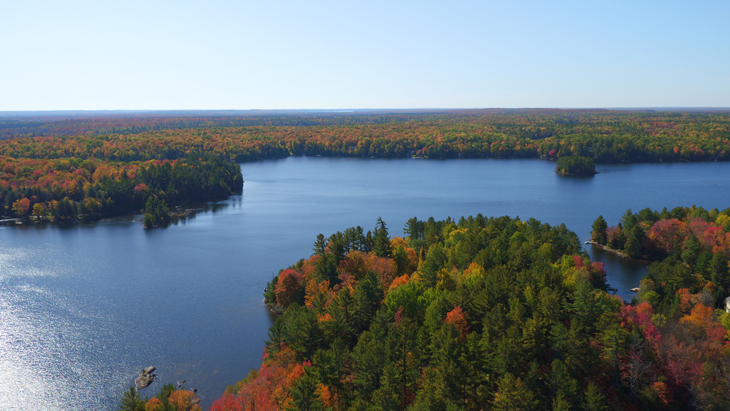 Davis Lake is located on the southern edge of Haliburton County, just a short drive north-west of Kinmount. It is a small spring-fed lake, with a surface area of 230 acres.

Davis Lake is located in the Precambrian region, and therefore has granite topography and shorelines, and deep clear water that is typical of lakes further north in Haliburton. The maximum depth of Davis Lake is 92 feet.

There are 145 waterfront properties on Davis Lake. Most are used seasonally, but there are a few properties that are occupied on a year-round basis. 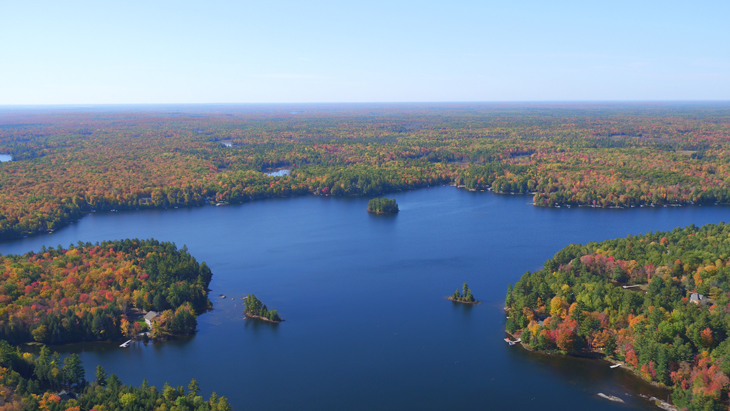 Watersports – There are no motor size restrictions on Davis Lake, but large boats and motors would be overkill on this relatively small lake. It is sufficiently large for wakeboarding and waterskiing, and not so large that wind and waves become a problem.

Swimming – There is plenty of child-friendly wade-in sandy shoreline as well as deep-off-the-dock swimming for adults.

Hiking – Waterfront owners on the west end of the lake have access to hiking trails on over 150 acres of conservation land.

Entertainment – Highlands Cinema in Kinmount is open from May to October and shows an eclectic selection of movies. The famous Kinmount Fair takes place each year over the Labour Day weekend in September.

Insect populations are typically higher on Canadian Shield lakes than on the limestone region lakes to the south. Blackflies emerge in early May and usually disappear once warmer weather arrives in early June. Mosquitoes arrive in late May reach peak numbers in June - their numbers are reduced once the dragonflies hatch. Deerflies come out in July. Insect levels generally decline drastically in August, and the glorious days of September and October are usually bug-free.

Most supplies can be obtained in nearby Kinmount. Minden (20 minutes) has much more substantial shopping as well as a hospital.

Get Directions to Davis Lake