Thinking of buying on Dalrymple Lake? Our guide to Dalrymple Lake real estate below will help you decide if this is the lake for you! If it is, we would be happy to send you any new listings that come up. Just click here. We promise not to hassle you! 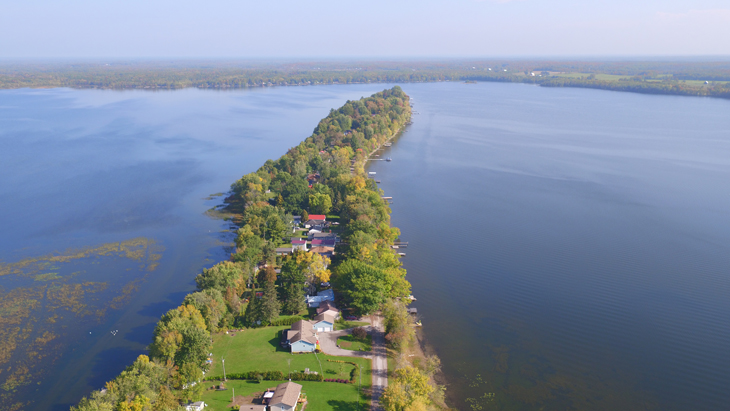 Dalrymple Lake, also commonly known as Lake Dalrymple, is located on the western edge of the City of Kawartha Lakes, and is a short drive from Orillia.

Lake Dalrymple is primarily a spring-fed lake, with several small tributaries flowing into the lake. A small river exits the lake at its north-west corner and flows northward into the Head River.

Most of Lake Dalrymple resides in limestone topography, although the northern shore of Lower Lake Dalrymple along McCrackin Avenue is where the Precambrian topography begins, and you will see some lovely granite shoreline here.

Lake Dalrymple is located on the western edge of the Carden Alvar, a type of grassland habitat characterized by thin soils and sparse vegetation on top of limestone bedrock that is only found in a few spots in Ontario (and around the world). The Carden Alvar supports unique assemblages of species, including more than 230 bird species, 450 plants, and 140 butterfly/dragonfly species. 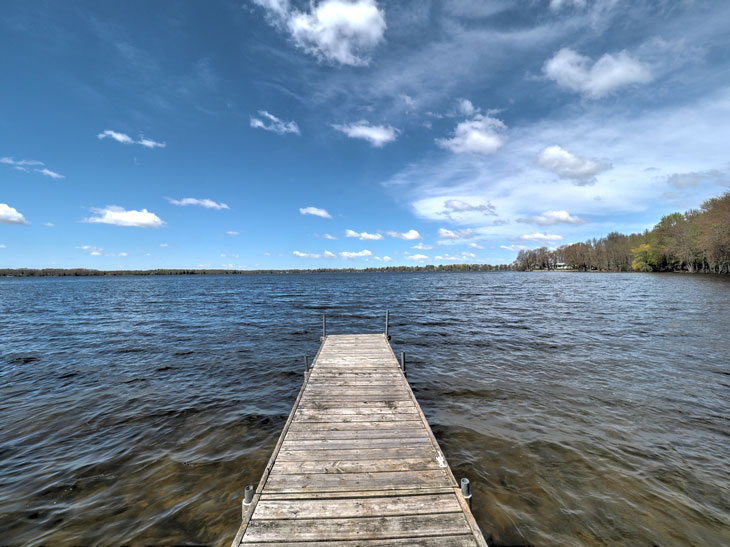 There are approximately 575 waterfront properties on Lake Dalrymple. With a combined 3,400 acres of surface area on Upper and Lower Lake Dalrymple, the resulting density of 5.8 acres per waterfront property makes it one of the least congested lakes in the western Kawarthas. This lack of density is evident when you boat around the lake, as there are many sections of undeveloped shoreline.

There is an even mix of year-round and seasonal residents along the shoreline of Lake Dalrymple. Its is a popular lake as it has a nice “cottagey” vibe while being easily accessible from the GTA. Most areas of the lake are easily reached by year-round roads that are municipally maintained.

As it is primarily a spring-fed lake, water levels on Lake Dalrymple can fluctuate depending on the amount of precipitation received during the summer season. Water levels are normally highest after the spring run-off and decrease gradually to normal levels through the summer months.

Flooding is not an issue on Lake Dalrymple.

Lake Dalrymple remains one of the more affordable lakes in the western Kawarthas, although prices have trended higher in recent years. You can expect to pay in the neighbourhood of $350,000 to $450,000 for a three-season cottage, while a year-round cottage or home will generally cost between $450,000 to $750,000.

It is important to note that owners along Avery Point Road and Lake Dalrymple Road on Lower Dalrymple Lake generally do not own the waterfront on the other side of the municipal road in front of their property. The waterfront is owned by the City of Kawartha Lakes, although the property owners generally use the waterfront as if it is their own, and have docks and other waterfront structures there. One benefit of this arrangement is that property taxes are lower than would be the case if the waterfront was owned.

Watersports – Lower Dalrymple Lake is excellent for watersports such as waterskiing and wakeboarding as it has few shoals and is not so large that waves become an issue.

Fishing – Bass, Muskie and Walleye are all caught in Lake Dalrymple.

Swimming – There is plenty of child-friendly swimming with sandy/silty bottom on both Upper and Lower Lake Dalrymple. The relative shallowness of the lake means that the water warms up quickly.

Bird Watching – The almost 20 sq. km. Carden Alvar Provincial Park is located just east of Lake Dalrymple and is a birdwatcher’s paradise. Public access is available via two hiking trails along the bordering fence lines. There is parking and washroom facilities at the trail head.

Entertainment – Casino Rama is an easy 25 minute drive away.

Insect populations are relatively low on Lake Dalrymple due to its location in the limestone region just south of the Canadian Shield. Blackflies emerge in early May and usually disappear in a couple of weeks or after a few days of warm weather. Mosquitoes follow in late May and their numbers are reduced once the dragonflies hatch in June. You may see deerflies in July in wooded areas. Insect levels generally decline drastically in August, and the glorious days of September and October are usually bug-free.

A full range of shopping and services is available in Orillia (30 minutes).

Get Directions to Dalrymple Lake