Thinking of buying on Head Lake? Our guide to Head Lake real estate below will help you decide if this is the lake for you! If it is, we would be happy to send you any new listings that come up. Just click here. We promise not to hassle you! 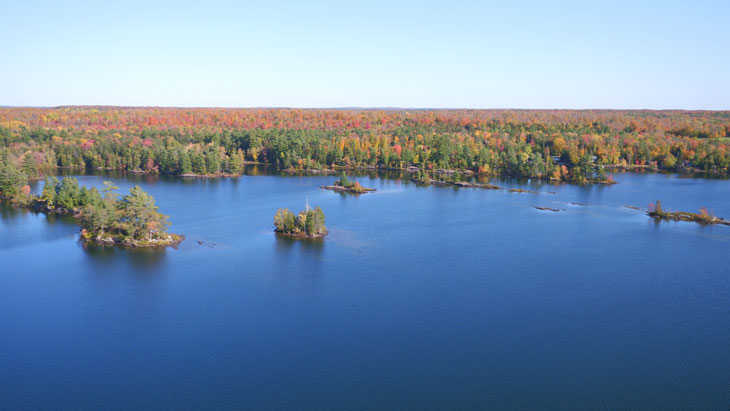 Head Lake is located between the communities of Uphill to the west and Norland to the east. It is approximately eight kilometres long and five kilometres wide.

Head Lake is noteworthy in that its source waters come primarily from the almost completely uninhabited Queen Elizabeth II Wildlands Provincial Park to the north. The water of Head Lake is therefore extremely clean and there haven’t been issues with invasive species or algae. The Head River enters Head Lake from the north-east corner of the lake and exits from the north-west corner.

Head Lake straddles the transition zone between the limestone belt to the south and the Precambrian country to the north. Most cottages and homes on the lake take advantage of the naturally rugged setting – you will not see many manicured lawns here. Certain areas on the east shore are quite steep to water, while areas near where the Head River exits the lake are low lying and shallow.

The north and north-eastern shores have some of the most stunning smooth granite shoreline and islands in all of the western Kawarthas. 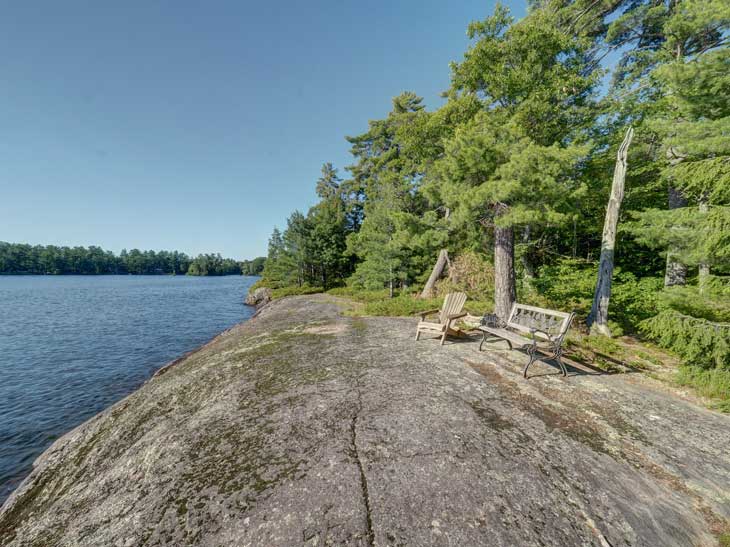 Head Lake tends to be a quieter lake than others in the region, with a relatively low density of 7.1 acres of surface area per cottage.

The number of year-round residents on Head Lake is relatively low compared to other major lakes in the western Kawarthas. However, many property owners have made substantial investments over the past decade to convert their properties from seasonal to year-round use. Most properties on the lake are easily accessed by year-round roads that are maintained either municipally or by road associations. 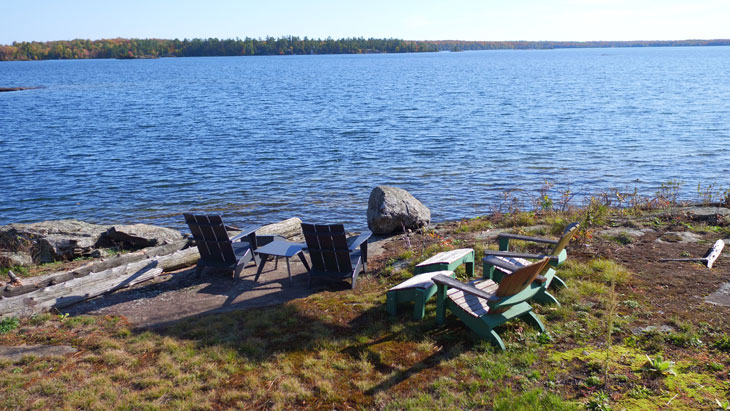 Water levels on Head Lake are more stable than average, due primarily to a dam several kilometers down the outlet of the Head River that controls water outflow from the lake. Water levels are typically highest during the spring run-off and tend to lower gradually throughout the summer.

Head Lake is one of the most affordable lakes in the western Kawarthas. You can expect to pay in the neighbourhood of $300,000 to $500,000 for an older three-season cottage, while an updated year-round cottage or home will generally cost between $500,000 to $750,000. Refer to our market value update section for more detailed information. 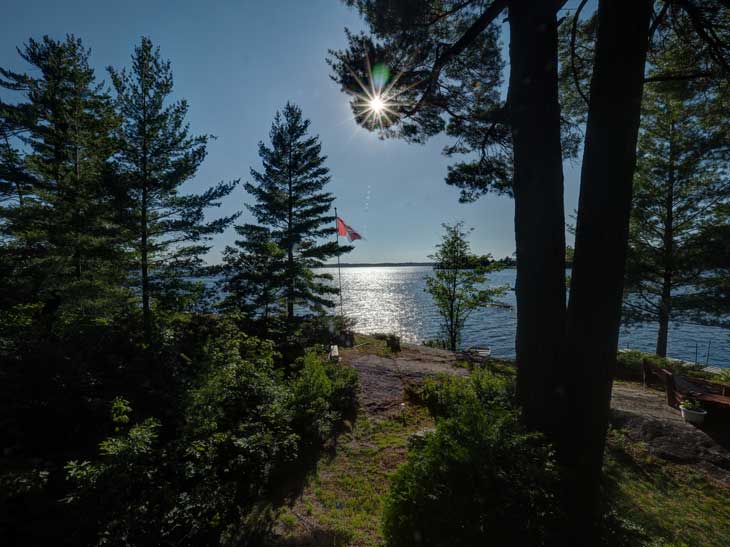 Watersports – While Head Lake is landlocked, there is plenty of interest for the boater. The southern half of the lake is relatively shoal-free and excellent for watersports. There is plenty of attractive undeveloped shoreline on the southern and north-east sections of the lake – perfect for exploring with a canoe or kayak. The entrance of the Head River is navigable by boat for two kilometers up-river, while the more adventurous can continue upriver by canoe and explore the lakes and rivers of the Queen Elizabeth II Wildlands Provincial Park.

Fishing - Head Lake has excellent fishing as it is relatively shallow lake with plenty of underwater structure. Smallmouth Bass is the most commonly caught species, with Largemouth Bass, Muskie and Walleye also present.

Swimming – The water warms up quickly on this relatively shallow lake!

Snowmobiling – There is tremendous snowmobiling on the many scenic trails in the 83,000 acre Queen Elizabeth II Wildlands Provincial Park, which abuts the north shore of Head Lake. These trails are ungroomed, and shouldn’t be travelled on until the lakes and swampy areas are solidly frozen (usually by mid-January). You can also access the vast network of OFSC snowmobile trails along the south and east shores of the lake.

Much of Head Lake has relatively low insect populations, although the north shore can be worse as it lies in the Canadian Shield region where insects can thrive. Blackflies emerge in early May and are usually gone in a couple of weeks or after a few days of warm weather. Mosquitoes follow in late May and their numbers are reduced once the dragonflies hatch in June. Deerflies come out in July and prefer wooded areas. Insect levels generally decline drastically in August.

There is a convenience store in Norland (10 minutes). Groceries, hardware stores and an LCBO are in Coboconk (20 minutes). There is much more substantial shopping and a hospital in Minden (30 min).

Photo of Head Lake, Ontario by: Andrea Williams - No alterations made, Creative Commons

Get Directions to Head Lake