Thinking of buying on Balsam Lake? Our guide to Balsam Lake real estate below will help you decide if this is the lake for you! If it is, we would be happy to send you any new listings that come up. Just click here. We promise not to hassle you! 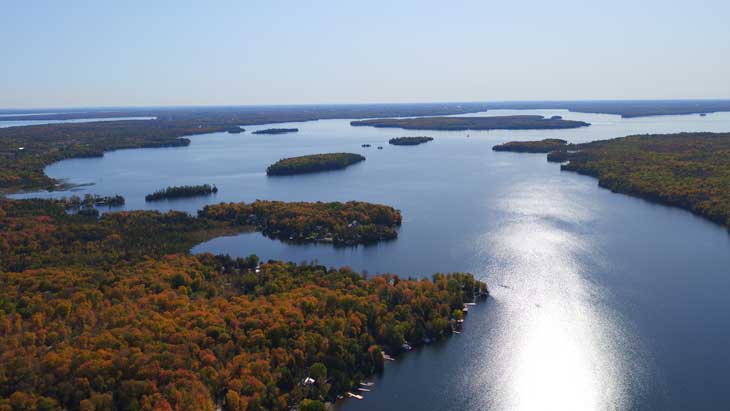 Balsam Lake is situated in the Kawartha Lakes region of south-central Ontario near the town of Coboconk. It is famous for being the highest elevation ocean-navigable body of water on earth. Occupying the highest point on the Trent-Severn Waterway, water flows out of the lake at both connection points with the Waterway – at the north-west end near Kirkfield and eastern end at Rosedale. The primary inflow to the lake is via the Gull River system which originates in Haliburton.

Balsam Lake is located entirely in the relatively narrow belt of limestone topography that lies above the livestock and grain farmland to the south, and the Precambrian Canadian Shield country to the north. The limestone topography dictates the type of waterfront found on the lake - lots are most often level, and not steep to the water. Shorelines can be rocky (limestone boulders) or sandy, with older cottages often having concrete retaining walls. Landscaped lots with lawns and gardens are common. However, Balsam Lake has more of a “cottagey’ feel that neighbouring Cameron and Sturgeon lakes, which have a higher proportion of year-round homes on their shores.

The maximum depth on Balsam Lake is 53 feet. 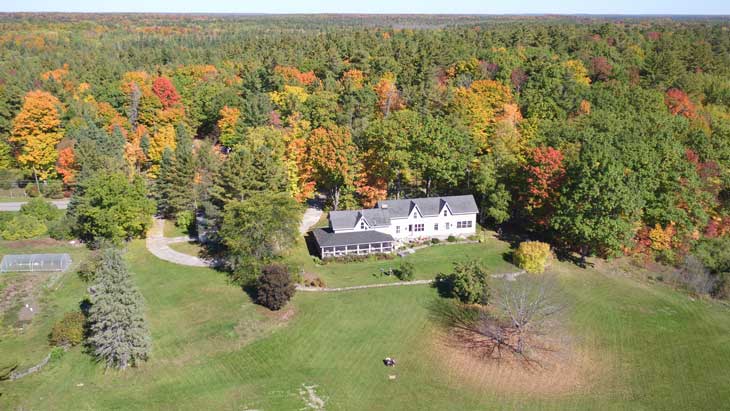 There are approximately 1,500 waterfront properties on Balsam Lake’s 12,500 acres of surface area. The resulting density of 8.3 acres per cottage makes Balsam Lake the least congested lake among the major lakes in the western Kawarthas. As with most recreational lakes, boat traffic is most noticeable on summer weekend afternoons - the lake is quiet and placid most other times.

The number of full-time residents on Balsam Lake has increased significantly in the past decade but remains lower than on Sturgeon and Cameron lakes to the east. Most properties on the lake are easily accessed by year-round roads that are maintained either municipally or by road associations. 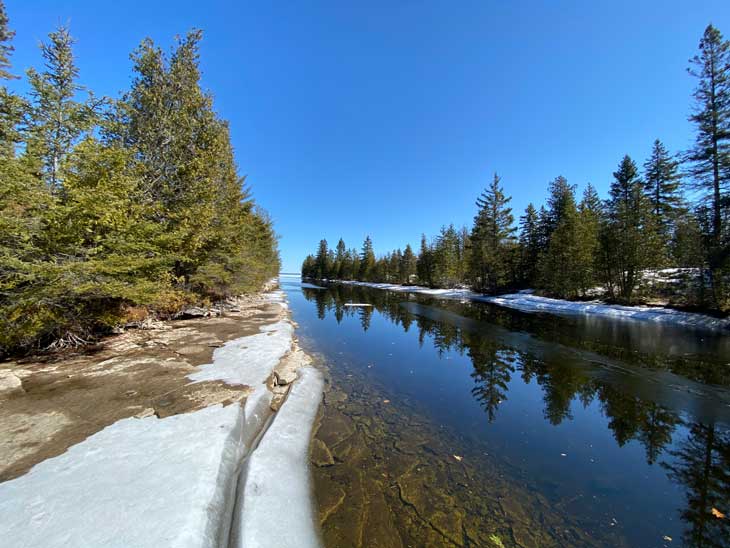 Water levels on Balsam Lake are managed by Parks Canada and are very stable owing to its location at the top of the Trent-Severn Waterway. Water levels are lowered in late autumn and reach their lowest point in mid-winter – this is when shoreline work is permitted. Water levels typically increase gradually during the spring run-off and reach a peak in May before returning to normal levels through the summer months.

Flooding is not an issue on Balsam Lake.

Balsam Lake is by some distance the most expensive lake in the western Kawarthas. You can expect to pay in the neighbourhood of $500,000 to $750,000 for a three-season cottage, while an updated year-round cottage or home will generally cost between $750,000 to $2,000,000 and above. Refer to our market value update section for more detailed information on market activity. 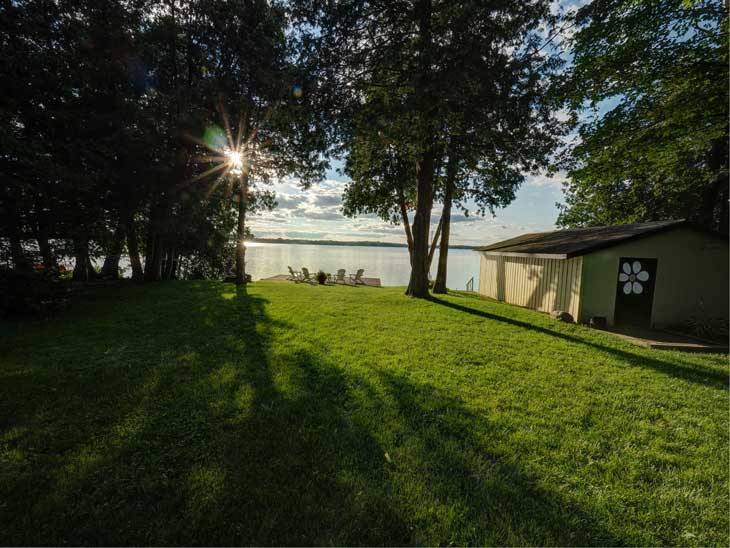 Watersports – Balsam Lake is well suited for watersports as the few underwater shoals are marked. Balsam Lake is a large lake and it can get quite rough, particularly on shores with exposure to the prevailing west winds.

Fishing – Balsam Lake is home to a range of game fish species, including small and large-mouth bass, walleye, northern pike and muskie.

Swimming – Swimming is great along most shores of Balsam Lake. The water is very clean and clear, and the bottom is typically limestone, gravel or sand, although certain areas, most often at the back of bays, have soft, silty bottoms that can get weedy in the summer. Balsam Lake is a relatively shallow lake and the water warms up quickly.

Zebra mussels are present in the lake, although populations appear to have fallen in recent years. It is therefore advisable to wear water shoes when swimming.

Winter activities – Snowmobilers can access the OFSC network of snowmobile trails off of Highway 48 just west of Coboconk. You can also hike and cross-country ski through the Balsam Lake Provincial Park. 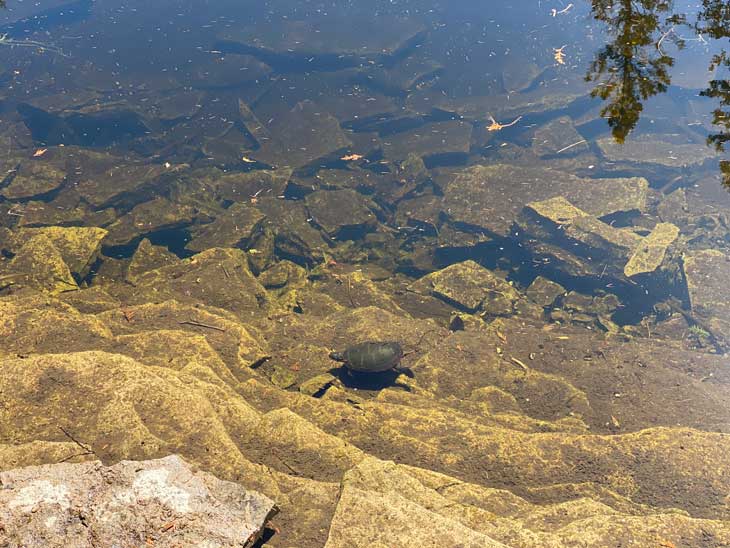 Insect populations are relatively low on Balsam Lake due to its location in the limestone region south of the Canadian Shield. Blackflies emerge in early May and usually disappear in a couple of weeks or after a few days of warm weather. Mosquitoes follow in late May and their numbers are reduced once the dragonflies hatch in June. You may see deerflies in July in wooded areas. Insect levels generally decline drastically in August, and the glorious days of September and October are usually bug-free. 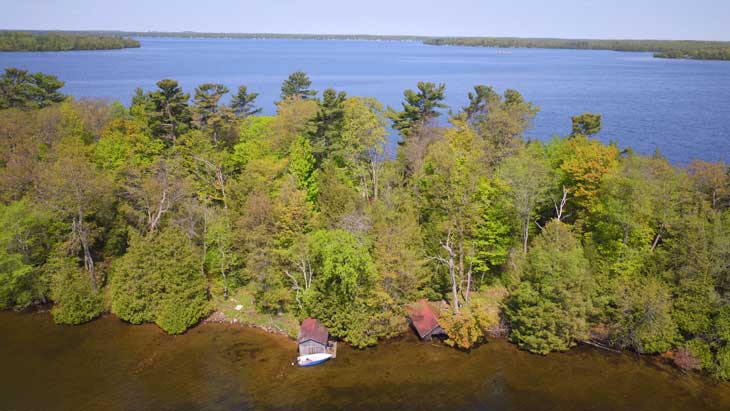 Most services are easily accessible from Balsam Lake. Groceries, hardware stores and an LCBO are in Coboconk. There is more substantial shopping in Fenelon Falls and Lindsay. The Ross Memorial Hospital is also in Lindsay.

Balsam Lake is within an hour and a half drive from most areas of the Greater Toronto Area.

Photo of Balsam Lake, Ontario by: RichardBH - No alterations made, Creative Commons

Get Directions to Balsam Lake

Depth: 14.9 metres at the depest point on average is about 5 metres deep
Click Here For Directions to Balsam Lake 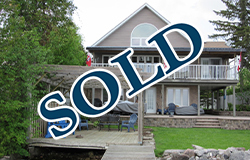 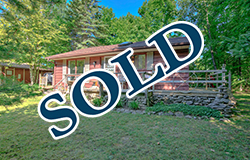 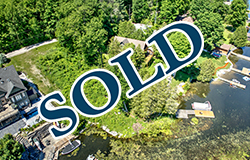 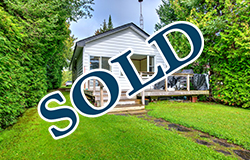 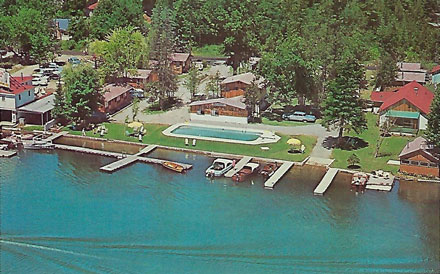 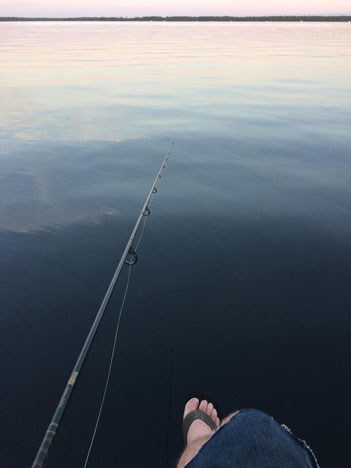