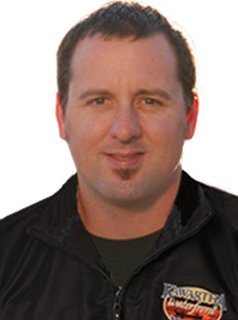 
Kyle has been the website developer and graphic designer for Kawartha Waterfront since the company started in 2003.

"The branding and online appearance of Kawartha Waterfront has evolved over the years into what I think depicts what Kawartha life is about; Bold, Relaxing and Timeless. It has been rewarding to help KWR build a strong foundation as the 'go to' Realtors® in the Kawartha Region."

Born and raised on Vancouver Island, Kyle met his wife in Whistler and moved to Midland, Ontario in 2000. He began his training in the Graphic Arts Program at Georgian College. In the final year of the program he took an introduction to web design course and was hooked - winning two macromedia student innovation awards that year.

Kyle has acquired valuable skills in the 15 years working with companies as well as with his freelance design business. When asked, 'What has been the most important thing you have learned?', he says "To always be a student.. the web is constantly evolving, the only way to keep up is to never take what you have learned for granted."

Kyle enjoys the outdoors with his family and friends on the shores of Georgian Bay. From paddle surfing (yes, you can surf on Georgian Bay!) - to skishoeing (A cross between skiing and snowshoes). He strives to have the proper work/play balance in his life.